You are here: Home / valentine's day 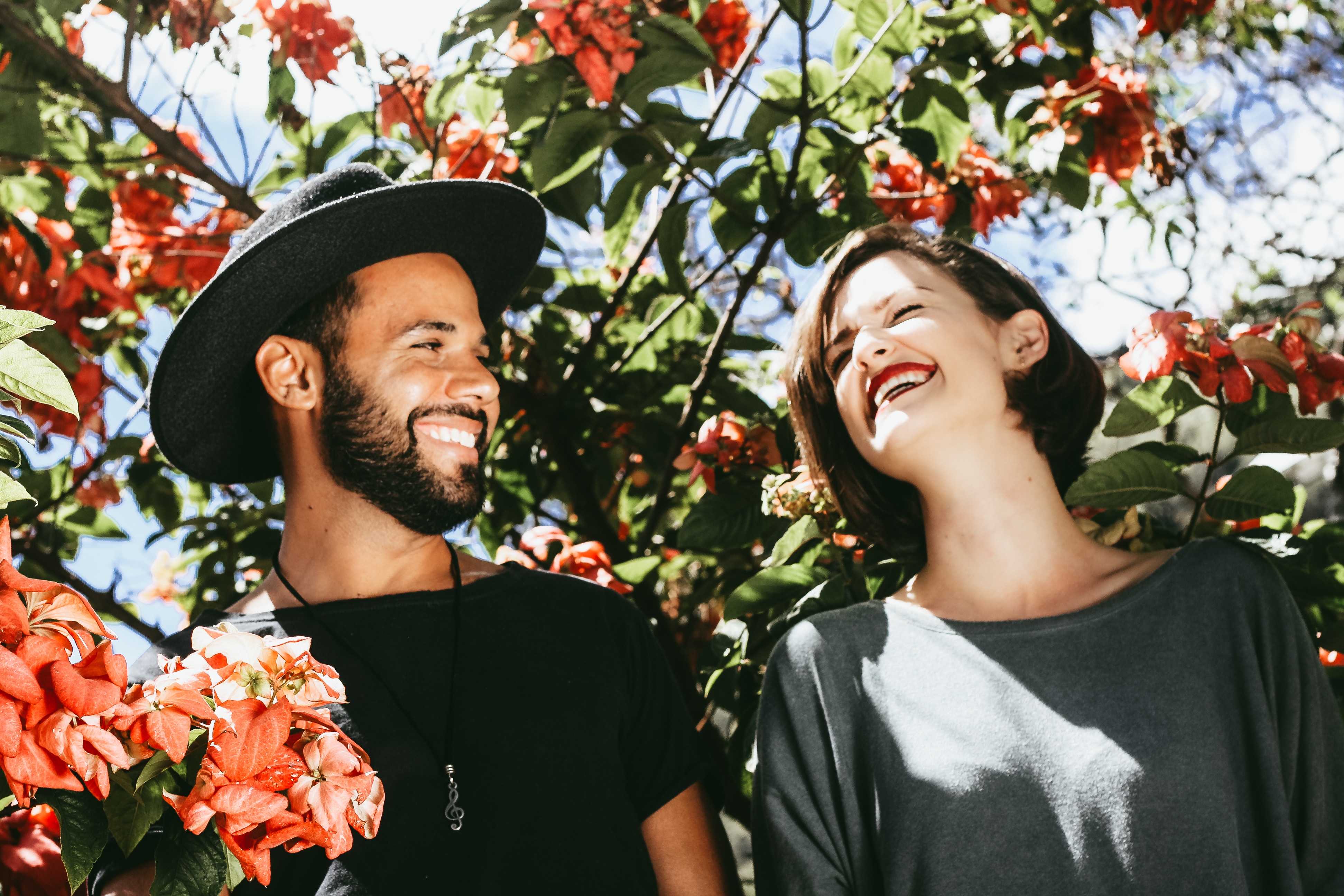 February 14 is upon us, and you know what that means: National Ferris Wheel Day!

Just kidding. Well, not totally kidding because February 14 is actually National Ferris Wheel Day (if the internet is to be believed). But you know we’re really here to talk about Valentine’s Day – and particularly, how it affects daters on Coffee Meets Bagel.

Historically, Dating Sunday – the first Sunday of the new year – has reigned supreme as the ultimate day for online dating, with daters matching and chatting left and right. But here’s the plot twist: While Dating Sunday may have the most activity, Coffee Meets Bagel actually sees the most user sign-ups on Valentine’s Day.

After discovering that little tidbit, we did some more digging around last year’s February 14. Here’s what we found about the day of love on CMB.

New Daters in Search of a CMB Valentine 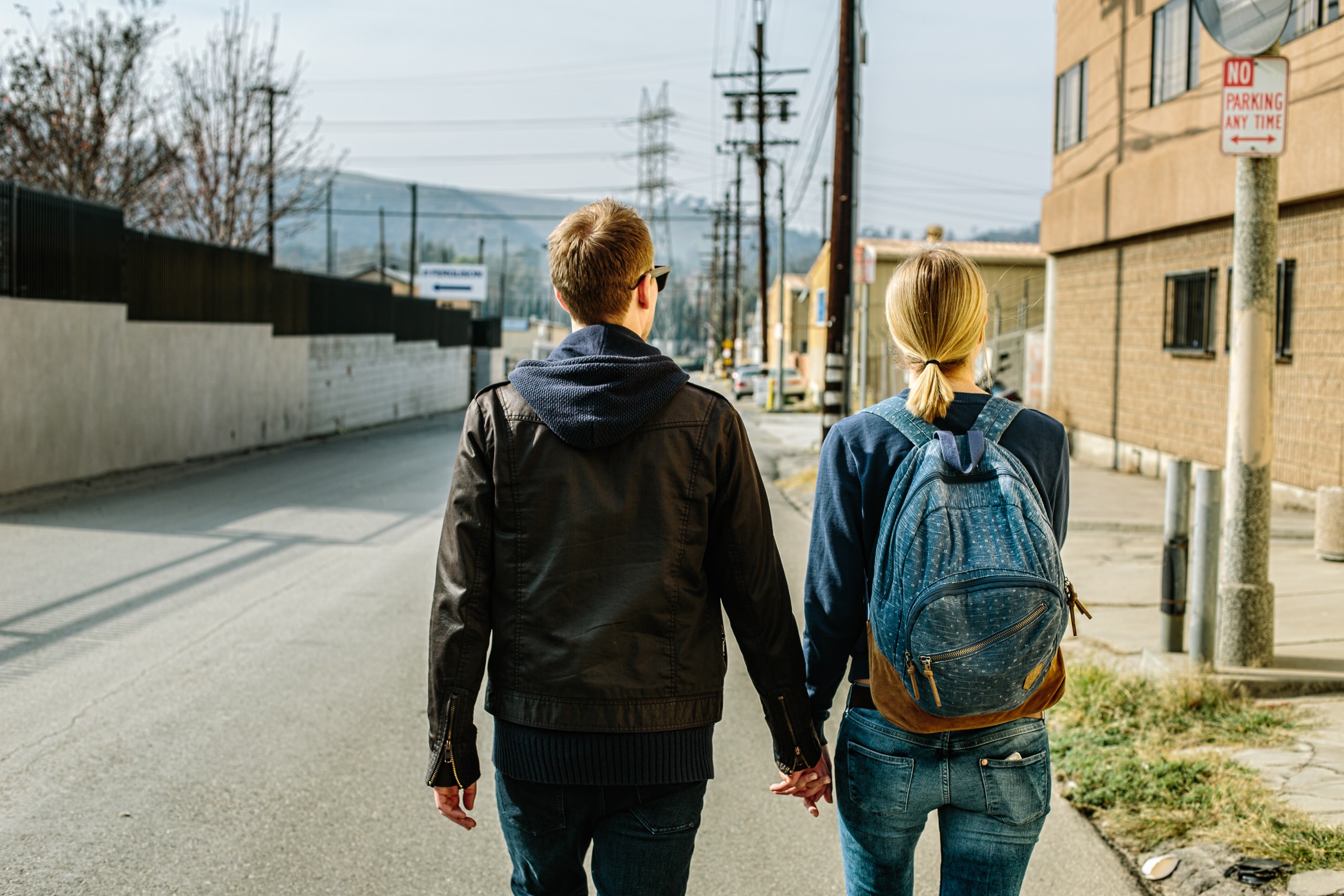 Our data shows that these daters are getting an early jump on the holiday, with sign-ups peaking in the early hours of the morning. And we mean really early: The most popular time to sign up is between 2-3 a.m. EST on Valentine’s Day.

Pro-tip: With the flood of new CMB’ers looking to match, you’ll want to make sure you stand out. Profiles with details filled out are 50% more liked than those with missing details, so do a quick review to make sure you’re putting your best foot (and photos) forward. 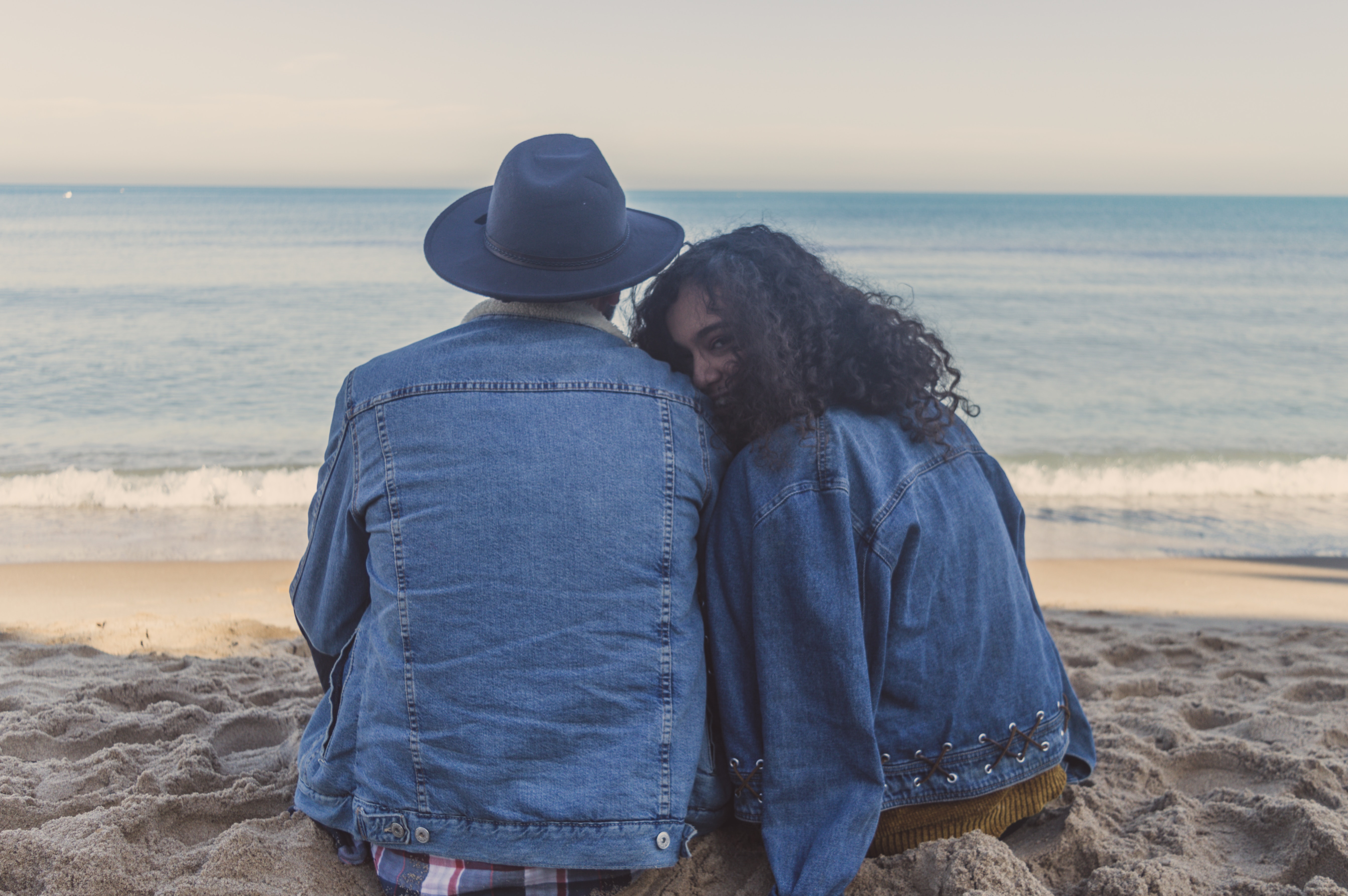 For bagels hoping to see an uptick in their number of matches, Valentine’s Day could give you the results you’re looking for. That’s because daters are 24% more likely to match on this Valentine’s Day compared to the previous year.

And if the day is winding down but you’re not seeing the matches you expected, don’t give up hope yet: We see the most matches between 11-11:59 p.m. EST.

Pro-tip: When those matches do start rolling in, don’t wait to strike up a convo. It’s best to strike while the iron (or should we say bagel) is hot. Chats started on Coffee Meets Bagel within three hours of matching are 52% more likely to get a response! 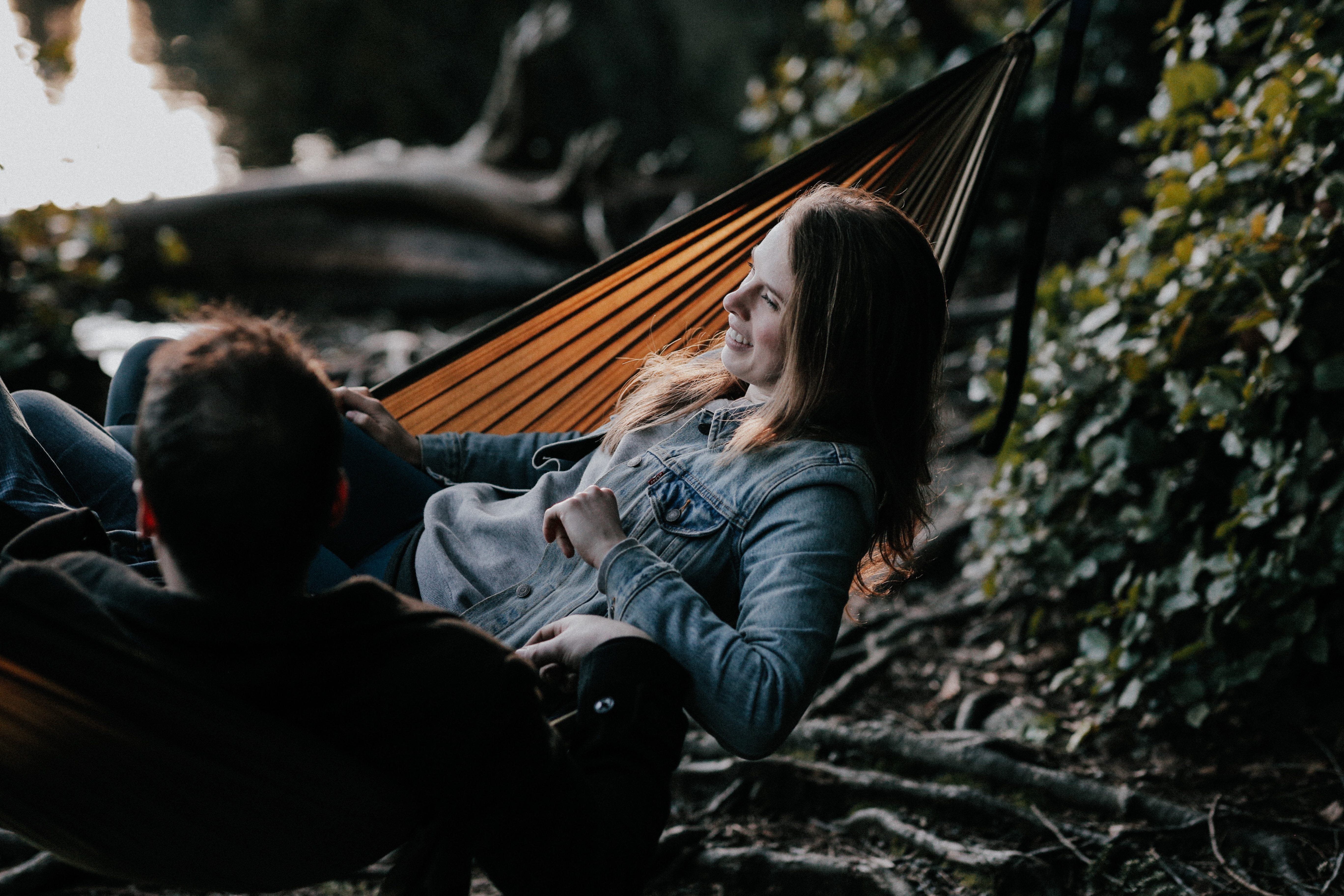 Ready to get your wordsmith on? We sure hope so because Coffee Meets Bagel daters are 14% more likely to chat on Valentine’s Day, compared to the previous year.

And not only are they feeling more sociable, it looks like bagels are getting right to it and kicking V-Day off with some stimulating conversation. Coffee Meets Bagel daters are the chattiest between 10-11 a.m. EST, so make sure you have your morning coffee.

Pro-tip: We found that when someone leads with a question, the response rate increases by over 20%! Dig deep into your reservoir of icebreakers to snag your match’s attention instead of sending the simple “Hey, how are you?”

Bonus: New Feature Highlights Your ‘Most Likely to Match’ 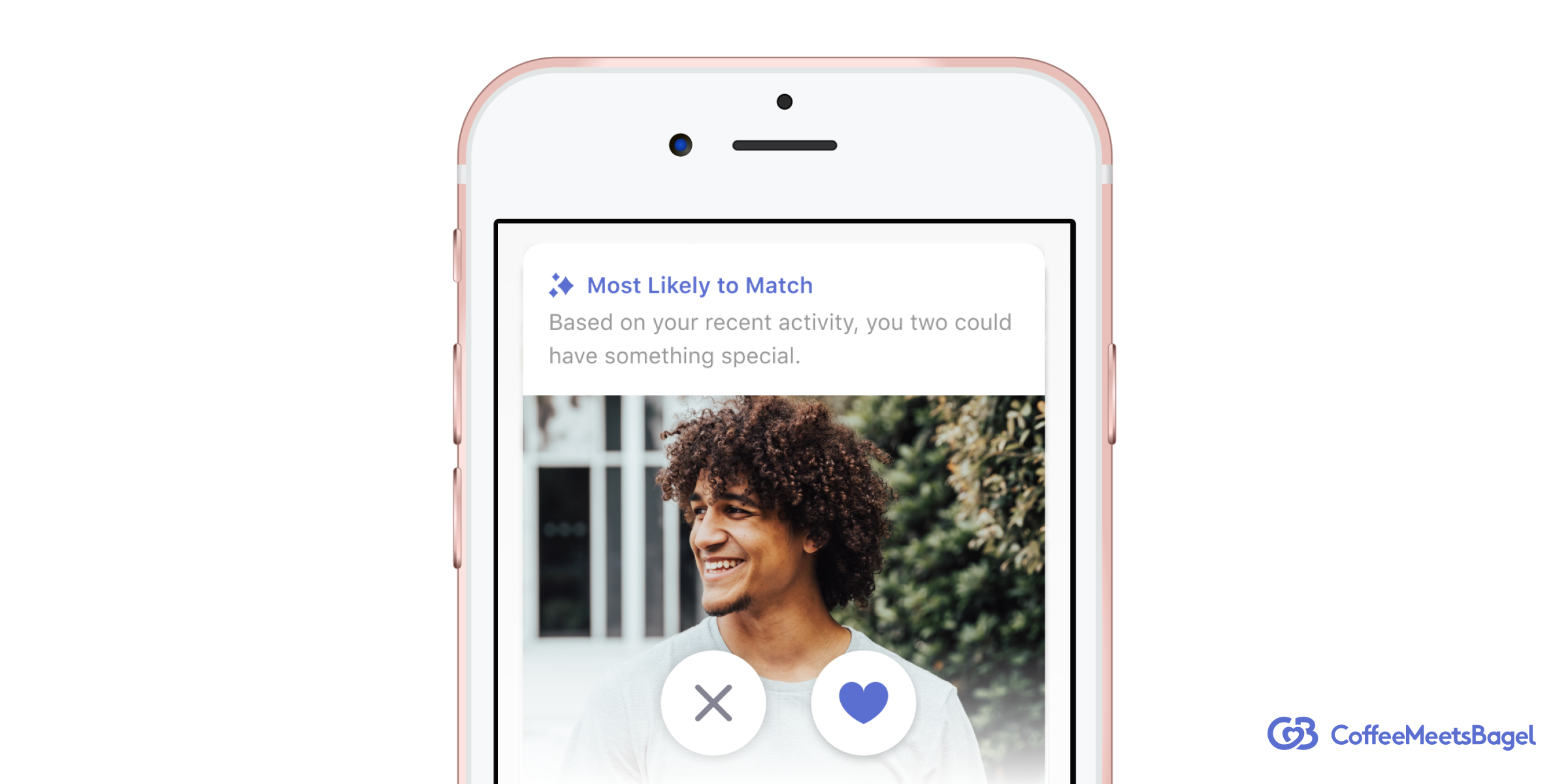 Valentine’s Day is already looking to be a hit on Coffee Meets Bagel, but we wanted to sweeten the deal. As you join the flurry of holiday activity, keep an eye out for a new feature we’re rolling out: Most Likely to Match.

While all of your suggested bagels are tailored to your preferences and picked just for you (thanks to our wicked smart algorithms), you may occasionally stumble upon a bagel with the label “Most Likely to Match” on the top of their profile.

What does that mean exactly? It means that, based on your preferences and behaviors on the app, we think you and this bagel could really hit it off. The shiny Pokemon of bagels, if you will.

And what exactly makes these potential matches so special? We’ve found that you’re 5x more likely to connect with “Most Likely to Match” bagels. In addition, these specially labeled potentials are likely to spend up to 3x longer viewing your profile than the average suggested bagel.

So whether you’re heading into February 14 with dreams of a potential partner (or ferris wheels, that’s cool, too), Coffee Meets Bagel is the place to meet someone special – and maybe snag a great date while you’re at it.

To meet someone special this Valentine’s Day, download Coffee Meets Bagel to text yourself a link. Or, download CMB directly from your phone: iOS | Android 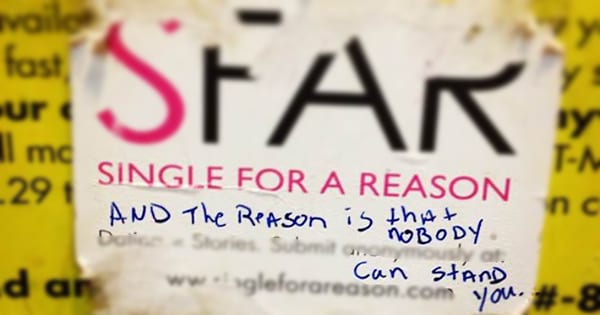 If you’re at all aware of your surroundings, you know that tomorrow is Valentine’s Day. If you’re at all aware of yourself, you know what your relationship status is. If you know anything about me, you also know mine: single. But contrary to the sticker pictured above that I discovered in a bar bathroom, it’s not because nobody can stand me. In keeping with the spirit of the holiday, I’m celebrating February 14 by declaring the top 14 reasons why I’m single on Valentine’s Day.

Valentine’s Day Bonus! Ever have a hard time coming up with a good first text? You’re not the only one! Try emulating these smooth-talking Bagels. Six creative first texts that you wish you thought of first.

Most Honest
Bagel A: “Whats up! I don’t care you passed I just want one convo. I’m actually in Israel right now, you ever been??” Most Creative
Bagel J: “Like Oreo for milk, will you be bagel for my coffee?” Most Mistaken
Bagel D: “I missed a comma and for a second thought you liked to eat puppies. “Wow such tactless honestly!” Great smile!” Most Suggestive
Bagel S: “Hey! I like red wine and getting sweaty too! Mostly through Bikram Yoga…” Most Poetic
Bagel R: “Hey! I’m Ray. My birthday is in May and I like to play. Want to grab a drink some day? I hope you don’t say nay.” Most Bold
Bagel J: “This might be a weird question, but did I make out with you at a penthouse party last New Year’s?” It’s that time of the year again. You may have noticed a surge in people joining online dating sites and studies on online dating lately. It’s no coincidence that it’s around Valentine’s Day, perhaps the most polarizing holiday in the Western world. Either it’s the most romantic or the most depressing day of the year. Like me, there are a lot of people out there stuck without a date. That shouldn’t bring you down, though. It all really comes down if you think the glass is half empty or half full.
For those optimistic about finding a date at the last minute, Valentine’s Day is only a few days away and, although it does not seem like a lot of time, you may still get lucky. Single people don’t go away over night. There are still some subtle things you can do to get a date, even if it isn’t on V-Day. Subtle cues can attract a date from a mile away. Wearing red is not only lucky but has been proven to attract a member of the opposite sex (or the same-sex as well, depending how you roll). If you take the person you’re interested in to a place with a higher temperature, that can also increase your chances of having a successful date.
Then again, you shouldn’t put pressure on yourself. Don’t let it get to you that you don’t have a date. Take some time on V-Day to focus on the most important person of all: yourself. It sounds cheesy but depression never really helped anyone. In fact, depression can lead to an awful lot of health complications down the line. Instead of wallowing in sorrow and playing Aimee Mann songs, go out and live a little. In the grand scheme of things, V-Day is just another day of the week, albeit with some baggage attached to it.
Like the proverbial glass of water, it really is what you make of it. Personally, I believe that Valentine’s Day is a manufactured holiday, much like that terrible movie that came out a couple of years ago. You don’t need a day to tell you that you have to find someone to love or treat the one you love to a great night out. For my fellow single people out there, you aren’t forever alone when everyone else is in the same boat. For those that have a date, I wish you luck in getting a dinner reservation if you haven’t booked one by now.