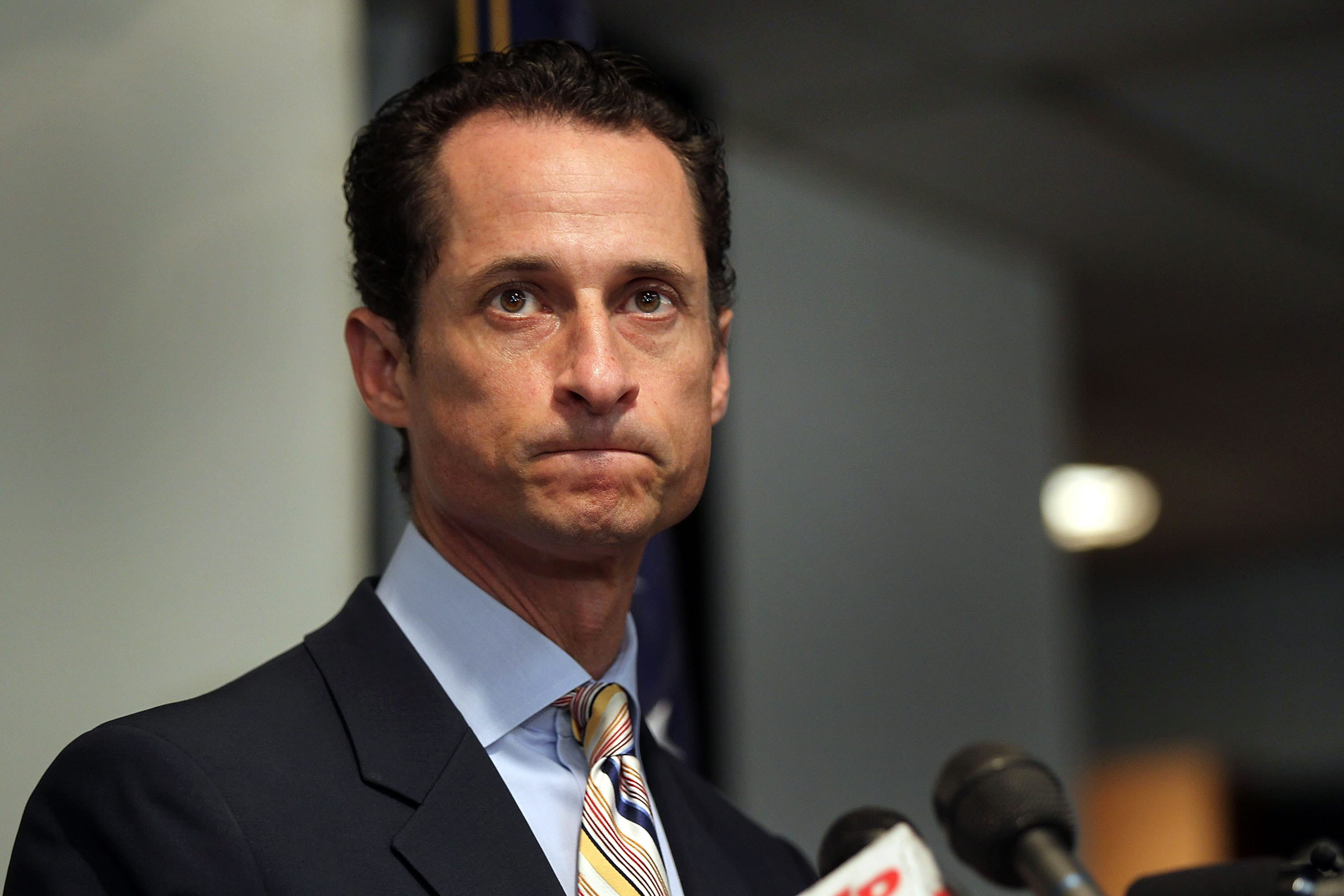 Remember Anthony D. Weiner, the democratic congressman who was caught sexting with strangers?  His NYC mayoral campaign kick-off last week has caused quite a stir in the media.  What’s more surprising: the “architect” of Weiner’s comeback has been none other than his wife Huma Abedin.  Meanwhile David Petraeus, former CIA Director who resigned after the expose of his extramarital affair, just landed a job this week as Chairman of private-equity giant KKR’s Global Institute.   This bought up some serious questions for me. Do any of these disgraced politicians ever “pay” for what they did?   What ends up happening to their marriages & careers?  To find some answers, I  researched the top 10 political scandals going back as far as I can remember.
And Voila – Here are the results:
Marriage: 70% Got Away, 30% Paid
Career: 30% Got Away, 60% Paid, 10% Paid but came back
How do you feel about the results? Comment below!
——————————————-
1. David Petraeus

Scandal: After accusations of cyberstalking, the FBI initiated investigation of David Petraeus.  It was discovered that Petraeus and Broadwell had engaged in a secret extramerital affair.
Marriage: Got Away! Still Married
Career: Paid! Resigned. He is coming back as chairman of KKR Global Institute, an initiative to expand KKR’s international portfolio.
Mistress: Quietly trying to live a normal life

Scandal: Weiner tweeted a photo of his penis to strangers and had online relationships with 6 women.
Marriage:  Got Away! Not only still married, Weiner’s wife Huma Abedin is drawing on her connection to the Clinton’s to help Weiner have a smooth return to politics.
Career: Paid! Resigned. However, he just announced his decision to run for mayor of NYC.

Scandal: In 1997 President Clinton was caught by recorded phone calls having an affair with Monica Lewinsky.
Marriage: Got away! Still Married.
Career: Got Away! Bill Clinton was impeached in 1998  by House of Representatives on charges of purger and obstruction.  If anything, this seemed to increase his notoriety.  Bill got $15 million for his memoir, and is still a respected political figure.
Mistress: Monica Lewinsky landed a $12 million book deal

Scandal:  Spitzer used a high-class prostitution service called Emperors Club VIP.  He is believed to have paid up to $80,000 for prostitutes over a period of several years.
Marriage: Got Away! Still Married
Career: : Paid! – Eliot Spitzer resigned on March 17th 2008.  He was the first New York Governor to resign from office in 35 years.  Spitzer ended his TV program “Viewpoint with Eliot Spitzer” in January 2013 when Current TV got sold to Al Jazerra.
Mistress: After scandal came to light, Dupre’s songs were downloaded millions of times.

Scandal: Schwarzenegger had an affair with maid Mildred Baena, who had been working for the family for 20 years.  Baena was working in the home while pregnant with Schwarzenegger’s baby.  At the same time Shriver was pregnant with their forth child.  Both babies were born within two-months of each other.  Shriver did not find out about the affair until May 2011, by this time Baena and Schwarzenegger’s lovechild was 10-years-old!
Marriage: Paid! Divorced
Career: Got Away! Schwarzenegger finished out his term as Governor and went back to working on movies.  He is now working on Legend of Conan which will come to theaters in 2014.
Mistress: Schwarzenegger continues to support Baena and teenage son Joseph.

Scandal: John Edwards had an extramarital affair with Rielle Hunter.  Hunter gave birth to a lovechild.  Edwards initially tried to fake the DNA results.  No father’s name is listed on the child’s birth certificate.  In 2008 Edwards denied that he was the father, but he came to admit it in 2010.
Marriage: Paid! Elizabeth legally separated from Edwards and intended to file for divorce but she died from metastatic breast cancer on December 7th, 2012
Career: Paid! In 2011 Edwards was indicted by North Carolina grand jury on 6 felony charges, violating campaign contribution laws in attempt to cover up his extramarital affair.  He faced up to 30 years in prison and $1.5 million in fines.  On June 13, 2012 the Justice Department dropped the charges.
Mistress: Rielle Hunter’s released her book “What Really Happened: John Edwards, Our Daughter and Me,” in June 2012.  That same month she stated that her relationship with John Edwards was over.

Scandal: Yearlong affair.  First Mark Sanford disappeared for 6 days and said he was hiking on the Appalachian Trail.  Instead he traveled to Argentina to see his mistress.
Marriage: Paid? Divorced
Career: Paid but also came back! Resigned as Chairman to Republican Governors Association.  In April 2013 he won the Republican nomination in the South Carolina Congressional Race
Mistress: Mark Sanford got engaged to Maria Belen Chapur in August 2012

Scandal: Vitter’s phone number was found in a list of clients for prostitution service D.C. Madam.  Vitter took responsibility and asked for forgiveness.
Marriage: Got Away! Still Married
Career: Got Away! Vitter managed to retain his seat in Seattle and did not face criminal charges due to the statue of limitations.
Mistress: Deceased.  After being convicted of racketeering, using mail for illegal purposes, and money laundering Palfrey faced a prison sentence of 5-6 years when she decided to commit suicide.

Scandal: Kilpatrick had an affair with Beatty.  He was also caught having a large party with strippers.  When Carlita came home unexpectedly, she allegedly attacked one of the women.
Marriage: Got Away! Still Married
Career: Paid! Kwame Kilpatrick resigned and is facing new felony corruption charges.
Mistress:  Was charged with seven felonies consisting of perjury, conspiracy to obstruct justice, misconduct in office and obstruction of justice.

Scandal: Revealed that he had an extramarital affair with an employee.  Later Hampton admitted that it was her.
Marriage: Got Away! Still Married
Career: Paid! John Ensign resigned, and in May 2011 he was fined $54,000 by the Federal Election Commission due to improper severance payments to Hampton.
Mistress: Divorced her husband