You are here: Home / bamboozled 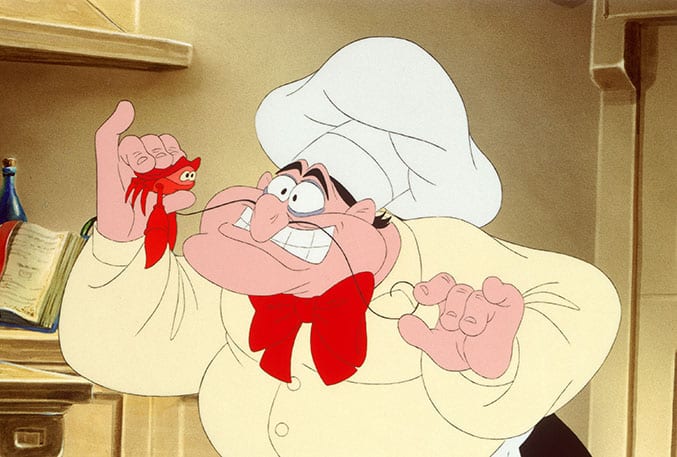 ~ The Chef Bagel ~
It’s been quite a while since I’ve blogged about my fabulous dating adventures because my life got in the way of my dating momentum. However, here’s a gem for you, girls and boys!

I liked this man on CMB because he was attractive and his profile led me to believe that he was a chef. In fact, he himself referred to himself as “the chef from CMB”. For a girl who loves food, this fact was incredibly appealing. A man who can always feed me? What more can anyone want? We connected and his opening line was, “You’re so cute! Let’s get a drink!” and on a whim, I blindly accepted. We hastily exchanged numbers and set up a time and a place.
He suggested a bar in Culver City because he was friends with the bartender. I agreed and said that I’d be going straight from work. He said that it was fine and that he’d be coming from work too. We met at 8 PM and I was famished after a long twelve hour work day. Upon meeting up, I immediately asked if he had eaten already (obviously hinting that I wanted to get some food going before I get too drunk) and he said that he had previously eaten, so he was full and that we should concentrate on drinking. He did not ask me if I had eaten or if I wanted to get some food. What kind of self-proclaimed Chef doesn’t care about the state of their companion’s stomach – especially at a prime eating hour like 8 PM?! I manned up and grabbed a drink, hoping that his charming personality and intriguing conversation would suppress my hunger. Sadly, that was not the case.
Let’s rewind a bit. Chef Bagel actually referred to himself as a Chef [BAGEL]. Logically, I asked if he went to culinary school. He said no. Strangely enough, his reasoning for being a chef boiled down to his spending a few months studying abroad in Italy back in college and learning how to cook from an Italian nonna, if you will. She taught him how to make a lot of pasta and various other delicious Italian foods. Thus, he is now a chef. I grew up helping my mom cook for the first 17 years of my life. Do I get to call myself a chef?
Without giving too much away about this bagel, let’s just say that he does not work in a restaurant, nor should he really be calling himself a chef. At least not with a capital C. Maybe only if it’s used in the ironic way.
Sadly, in the two hours I spent with him, he did not ask me one single question about the kinds of things I liked to do, where I was from, or really anything else about me. He did, however, tell me many stories that were the epitome of the #humblebrag and was sadly met with an unenthusiastic look on my face.
All of these notes could have been small bumps in the road that could have been overlooked, but here comes the kicker. He started to tell me that I had “Asian sarcasm” (is that even a thing?) and then he asked me “what I was”. This is one of the questions I hate being asked the most. Why does it matter what ethnicity I am? And if you can’t even ask that in a direct question, maybe you shouldn’t be asking it at all. After telling him that I was Chinese, he proceeded to immediately tell me that he cooks Asian-themed food in the cooking classes he teaches. Before I could stop myself, I had to ask what exactly he cooked. The Oriental Menu From The Far East Included: sushi, chicken teriyaki, egg rolls, orange chicken, and beef & broccoli. Awesome. It’s a combination of the Sarku Japan and Panda Express you find at the local mall. That’s totally traditional. When I swallowed down a scoff, he then proceeded to tell me how to properly and traditionally cook orange chicken. But don’t worry, he learned how to make this from the internet.
To top things off, he told me that his ideal woman would stay at home and cook for him. That’s funny, because my ideal man would stay at home and cook for me. Does that make things awkward…?
Fill out my online form.