You are here: Home / Uncategorized / Ivy League-ers: Who Amongst You Has the Hottest Singles? 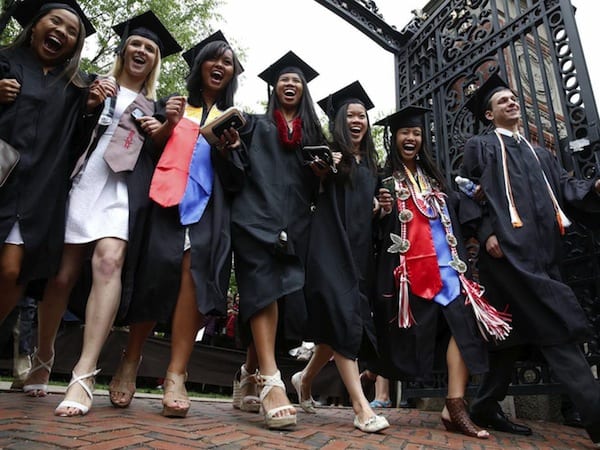 To all of my fellow Ivy League-ers: You’ve got brains and talent, and a couple of years ago you landed yourself a highly coveted spot at one of the best schools in the country.  Congratulations!  But what about… student desirability? And not like, who has the highest grades or who has written the most profitable algorithm, but like, which student body is the hottest and the most selective when it comes to romance?
Coffee Meets Bagel’s Chief Data Scientist sifted through over 1.1mm matches made among alumni & students of the nation’s Ivy League Universities- Princeton, Harvard, Yale, Columbia, Dartmouth, Brown, UPenn, and Cornell- to find out who is the most popular & pickiest.
It looks like it’s the men of Cambridge that take the top spot in terms of attractiveness. Harvard Hotties, anyone? The sexiest ladies out there are apparently the Princetonians, with Harvard sliding in as a close second, while the Yalies declare themselves amongst the pickiest.
Looks like the folks at both Cornell and Brown could step it up a bit, however… Yikes. Gator Ladies Fall Short in Terms of Hotness, But the Boys Stay Steady in the...

Berkeley vs. Stanford vs. USC vs. UCLA: Who Are The Most Desired Singles?
Scroll to top