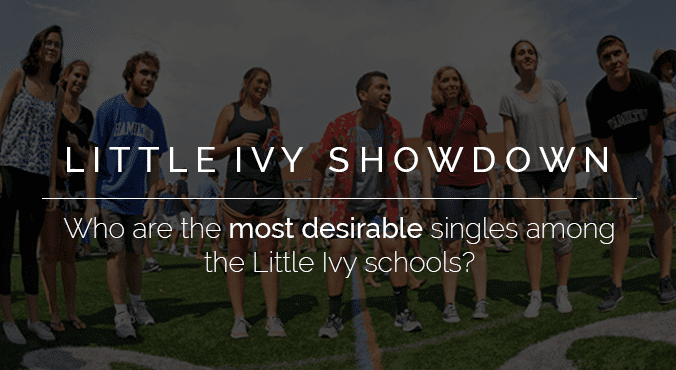 Guess what Little Ivy-ers? It’s that time of year, and classes are back in session. Who’s ready to hit the books and start learning?

But first, let’s rally up some school spirit and start your academic year off right with a little healthy competition. We know you’ve already landed yourself a spot at some of the top schools in the country, but where do you fall in the ranks of desirability?

Last year, Connecticut College men and Wesleyan University women took the gold for “Most Liked” (see who else was the hottest in 2014). This year our Chief Data Scientist took a look at 220,000 matches made on Coffee Meets Bagel among the students & alums of Little Ivies to determine who are the most desirable in the school year of 2015. All we have to say? It’s a new year and things have certainly taken a turn…f0r better or for worst – that’s for you to decide.

Marybeth and Evan: "He Was That Missing Puzzle Piece"