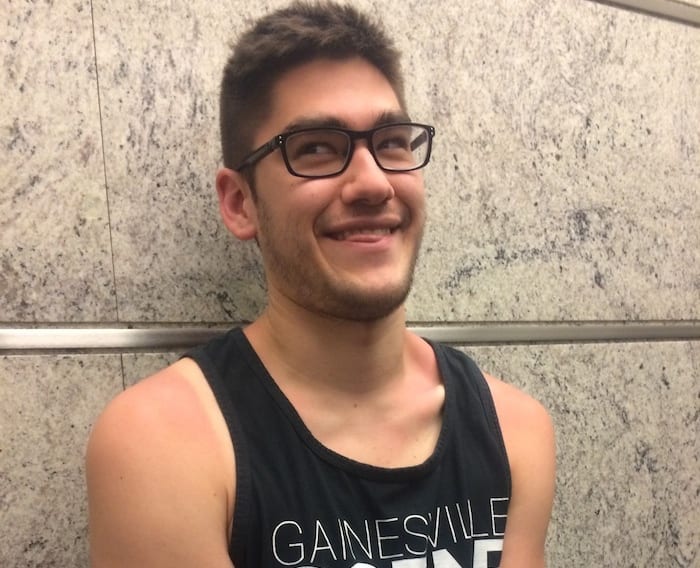 This article originally appeared in the Gainesville Scene, which you can read here.
When I flew across the country into the San Francisco tech bubble last May, the last thing I expected to become was a love guru.
I had come to take a break from swampy Gainesvegas, hang out with my boyfriend and somehow prove to my parents that a liberal arts degree had some practical application.
Broke and jobless, I’d resigned to eating cupped ramen and blogging about my bohemian lifestyle. Of course, as with most things in my life, that plan fell apart when Beyoncé decided to announce a national concert tour.
If I wanted to experience that immaculate 42-song set list in my bootleg “Flawless” sweatshirt with thousands of other fans all ignoring Jay-Z’s existence, I needed cash. If I wanted to avoid being disowned by my parents, I needed an internship.

But when a friend suggested I apply for a marketing internship with an online dating service named Coffee Meets Bagel, I was hesitant. The only experience I’d had with online dating was watching my friends cruelly prank unsuspecting strangers on Tinder and skimming through Buzzfeed lists of awful pickup lines. Everyday I’d heard stories of women being harassed online. As an advocate for the strong, independent, ethnically ambiguous queens “that don’t need no man,” I wasn’t sure what to do. But I took the plunge and applied.
Three months, thousands of matches and half a dozen engagements later, I couldn’t imagine working anywhere else. Coffee Meets Bagel has a simple premise: busy singles should be able to find meaningful connections without much effort. To that front they have designed a dating service that streamlines and safeguards the matchmaking process. Every day at noon, they send you one curated match with whom you share mutual friends. You have 24 hours to review their profile and either “Like” or “Pass” on the match. If you and a match connect, an in-app chat will open and drop a quirky icebreaker to circumvent some initial awkwardness, but the thread will expire after seven days—this way you’ll quickly find out if you have enough chemistry to share numbers or just move on.
I’ve been out of the dating game for a little while, but that hasn’t kept me from learning quite a few things about the industry, the way we interact with it, and how much better it can be.

Online dating is no different from real life dating.

Despite what your conservative parents and unwarrantedly judgmental friends might have you believe, online dating IS real life dating—but better. Let’s face it: Whether you meet someone at a bar or in the classroom, the first thing you’re going to do is creep them online. Online dating just supplies you with information up front, which otherwise would have been acquired through hours of Facebook scouring. From there, communication and interaction happen the same way it always does these days: texting, sub-tweeting and meeting up for overpriced coffee. There is a better choice for women.

If we’re being honest, the majority of online dating experiences are not designed in the best interest of women. Already objectified by the media, corporations and society at large, women are put in an increasingly frustrating position when services allow for the limitless sideswiping and harassment of profiles based on a few presented photos. If you don’t believe me, just check out the Anna “Slayer of Objectifying Men” Gensler’s Instagram for a hilarious and pointed lesson in gender realities.
Going in to Coffee Meets Bagel, I thought this caveat would be unavoidable in online dating. Luckily, the three sisters behind CMB (Can I get an ‘amen’ for female co-founders?) proved me wrong.

For one, Coffee Meets Bagel understands the concept of flood control. Their one-match-a-day model means no one can freely pilfer through your profile at will, the barrage of pick up lines is halted, and sincerity is cultivated. Furthermore, optimizing for matches with whom you share Facebook friends significantly minimizes the stranger-danger factor. Lastly, the expiring chat forces conversation to progress in a timely manner and close off the connections that don’t pan out. If you do hit things off, you can exchange numbers and keep things moving. If you don’t have chemistry, simply let the chat die and never deal with hearing, “Hey beautiful ;)” at 2 a.m. six months later

To be fair, one of the best things CMB has going for it is partially a gift of circumstance and luck. It has mostly made its way around educated circles (96 percent of users have bachelor’s degrees or higher) and seems to draw people that are legitimately looking for a relationship.
As college students, we have a tendency to be reductive when it comes to finding a date. Tinder has become wildly popular because of its gamification—the momentary pleasure of swiping “hotties” and “notties” surrounded by giggling friends—however, that joking approach to dating might also be its downfall. There is nothing wrong with looking for a casual hookup or some superficial fun, but you’ll want to connect with someone equally serious if you decide you’re looking for something more. This is not your drunken frat brother’s hookup app. Coffee Meets Bagel really is a service for people looking to find a meaningful connection. For the 18-30ish demographic, that’s an important and distinctive triumph to hold on to.
I’ve interacted with a lot of singles over the past few months, and the one thing I can say about them all is that they are great examples of hope, persistence and good humor. Online dating isn’t always easy—it has all the same ups, downs, pitfalls and rewards as any other type of dating—but if you use it right, you just might find the love you’re looking for.

A gal's experiment with online dating: Guys in NY vs. SF

5 Ways I Changed the Way I Message Women (and scored multiple dates!)

How the Ferguson Crisis Has Impacted My Views on Race & Dating

10 Things I Learned from Online Dating

Say What You Want to Say : Thoughts on Setting Expectations
Scroll to top