You are here: Home / CMB Says / CMB Updates / How I Met The Love Of My Life Through Coffee Meets Bagel 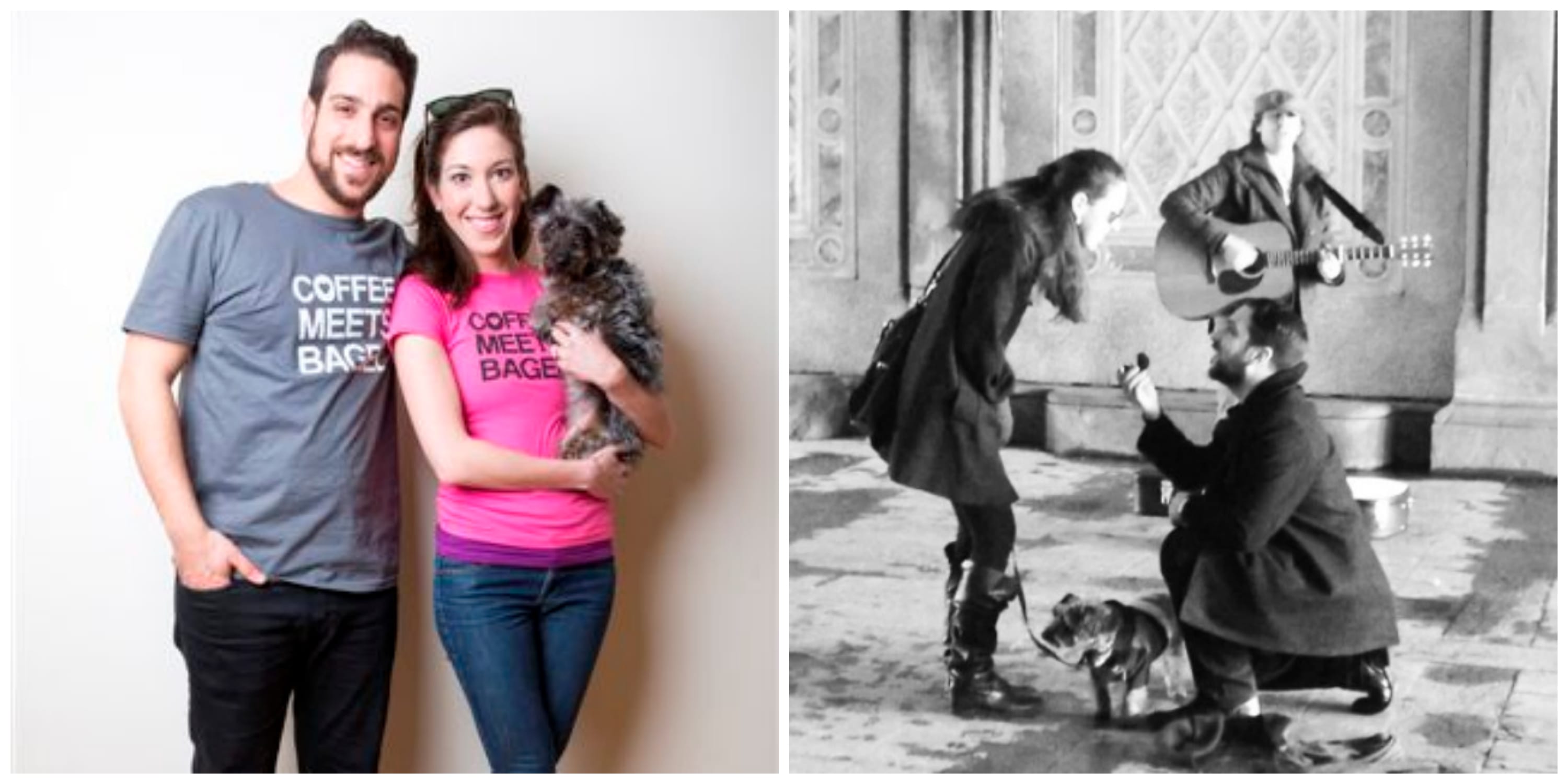 Caleigh, a health care integrator from NYC, initially decided to try Coffee Meets Bagel, a new dating app, just to prove to one of her girlfriends that she would practice what she preached. After going on a date with one other guy, Caleigh found Joe. Before she clicked “Like” on Joe’s Coffee Meets Bagel profile, she determined that she would only start a new relationship if it was bound to be better than her past relationships. Her first impression of Joe when he came up as her Bagel that day?  “He carried an air about him where I thought-hmmmm there is potential”.

Although it took him longer than expected to ask her out on a date, that potential was enough to keep Caleigh interested. The two met one Friday night, a few weeks after the initial text, and hopped around from one spot to another, staying up til the early hours of the morning talking, laughing and dancing. It sounds cliché, but Caleigh knew that it was “click” at first sight. She knew after one date that Joe was the one. We’re jealous over here, too.

First comes love, then comes… marriage!? Caleigh and Joe woke up on Saturday, January 12, 2014, got coffee, and took their dog for a walk in Central Park. Joe said that he wanted to take a different route. I’ll let Caleigh tell the rest ;)

“We saw an incredibly talented musician singing and stopped to listen. We gave him a dollar and then this guy shut his guitar case and the words “WILL YOU MARRY ME” were on top. He had even changed the words to the song but I hadn’t noticed! Joe fell to one knee and I was speechless. He had someone take a video in the background of the whole thing. Lots of people witnessed it and clapped and cheered. I said yes, of course, and then he surprised me by telling me that my immediate family from Canada was in town to celebrate. It was incredible and very well planned. It’s our love story, and it’s perfect :)”

Flash forward a few months and the wedding is set! Caleigh and her “hubs” Joe will be tying the knot on August 17, 2014.

Caleigh’s advice for CMB users still looking for the one? “Don’t pigeon hole yourself to subscribing to ‘a type’. Give most things you would not usually consider a try- one shot, that’s all. And be honest, because one’s true colors will show eventually anyway.”

We love that advice, Caleigh! And we are so happy that you two found each other.

About Coffee Meets Bagel (CMB): CMB  is a dating app designed with women in mind. Founded by 3 sisters in 2012 in NYC, CMB aims to deliver a fun, safe, and quality dating experience that results in meaningful relationships.