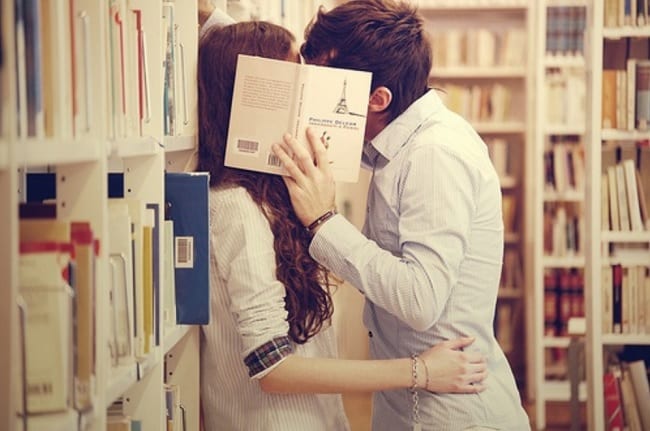 It’s a weird concept: to be dating “online” as a college student. Most of my friends met their significant others organically, but I have a handful of friends who found their special someone via dating apps, even as a junior in college. I decided to use Coffee Meets Bagel (CMB), and here are the observations that I made.

1. Dating In College Is Pretty Terrible

It’s really difficult to meet people organically because everyone is sewn to their phones and thinking of what their next move is going to be on Instagram or Snapchat. Guys, at least at my school, are pretty rude as soon as the sun goes down. We’re expected to find ‘the one’ and be on the track to marriage by age 22, yet all college students want to do is grind at a bar, go home with someone and never have to see them again. A lot of 20-somethings are just looking for a hookup, and with CMB, you know that the person is most likely looking for something a little more serious and mature.

2. Meeting People Is Really Difficult In the “Real World”

Yes, networking is incredibly easy when you’re in the startup world, but to meet potential lovers is tough. You can’t tell if someone is interested, not interested or just being a creep. Some of my friends use dating apps just to make friends. If it doesn’t work out romantically, there is no shame in befriending an ex-potential date. You may still be compatible, just not the way you had originally intended to be.

When I first told my friends and family that I would be working at CMB everyone was totally fine with it. When they found out I was actually using the dating app, they weren’t nearly as excited. When I burst my college bubble by moving to SF, I realized that everyone here is signed up for at least one dating app, and if they aren’t, it’s because they’ve been in a serious relationship for forever and are no longer in the market. Back home, people weren’t nearly as turned on to the idea of online dating, but here, it’s completely the norm. It bothers me when people complain about not having a significant other, but at the end of the day they’re doing absolutely nothing to find someone. Isn’t it strange that meeting someone at a bar is considered more romantic than finding them online? In my opinion, users of dating apps are actually being proactive about finding someone. Online dating shouldn’t feel “artificial” because it is just an alternative way to meet people. Don’t complain if you aren’t trying!

4. Online Dating Takes Away The Nerves

Call me crazy, but I get super nervous meeting people for the first time because you never know if you’re just going to be friends or something more. Eye contact is one of the first ways to tell if someone likes you, and that can be a tricky gesture to understand clearly. CMB helps you make that connection without the pressure. You have 24 hours to respond, and if you don’t like them or they don’t like you, it’s not a big deal at all. If you do like each other, you’re connected immediately and the ball is in your court from there. Once it’s settled that you both like each other, why wouldn’t you say hello?!

With CMB, you get one Bagel everyday. All you have to do is click LIKE or PASS. It takes less than 1 minute and literally could not be any easier. My roommates and I could spend all day on Tinder if we were bored enough- just sifting through guys like playing cards. But I don’t want to swipe all day, and I don’t have all day to spend on dating apps- I’m a busy bee. It takes 10 seconds to get a Bagel and decide whether or not you like them. It’s just another app connecting me with people and making my life easier.

Of course there is absolutely no bias here, but CMB really was the best app that I used as a single gal in SF. It took away my nerves and gave me a better understanding of how amazing online dating is.

Did you love this post? Check out this blog about an engaged couple that met on CMB!

In Response to OK Gorgeous

What’s harder: Getting a job or a getting a date?
Scroll to top