You are here: Home / Date Stories / The Mortifying Reason I Called My Boyfriend ‘Hey Dude’ the...

The following article is a guest post, courtesy of Alexa Hampton

One of my most memorable adventures in love was with my boyfriend, who (to my great shame) I almost broke up with a month after we started dating because I didn’t know his name.
Yeah, you read that right.
During that month, I lived in perpetual fear that I would be put in a situation where I couldn’t address him as “hey dude.”
What if we accidentally end up at a karaoke bar, and they pull me on stage and ask who I’m here with? I panicked. I could just see an obnoxious, washed up announcer saying, “Who! Give us a name!” as my cheeks flush bright red.
Or worse, what if there is some kind of medical emergency and I can’t identify my own date? A man who has already introduced me to all his friends and was more interested in seeing me than them (no offense, guys) on his 24th birthday?
The horror…

Anyone who has spent time at a bar knows most men within these establishments are not “real” people. They are there to find girls, and if you are not interested in being one of them, you must be almost insufferably rude — sometimes cutting them off mid-sentence with a “no thanks”  — in order to make your point.
It was with that mentality that I went into what seemed to be any other night out, though it ended up being the night I met my boyfriend.
It was late September in the city, and we were at a trendy rooftop bar in Midtown. It was one of the last weekends we could all be outside, and I was pleasantly surprised when I found myself speaking with a well-dressed young man emitting zero sketchy vibes.
As the conversation progressed, I discovered that not only was he from my home state of Minnesota, he went to my rival high school. And I knew he wasn’t lying because he said where he was from before I did.
We stayed out late and I ended up putting his name in my phone as “Minnesota guy.” When he started texting me later that week, I tried in vain to recall his name, cursing myself for paying more attention to whether people have kind or crazy eyes when they introduce themselves than the words coming out of their mouths (Minnesota guy had extremely kind eyes, by the way).
“Hi! Who is this?” I texted back, pretending I had mis-entered his number into my phone.
“We met on Saturday at Sutton Place,” he responded. “Want to grab a drink this weekend?”
Fail.

I put “Minnesota guy” off for another week or so, but when he invited me to his birthday party, I figured there was no harm in stopping by. I warned him that I wouldn’t be able to get there until after 10:00 p.m., since I had a work thing, but he didn’t seem to mind. Nevertheless, I assumed he would be wasted by the time I got there.
I was a little surprised when his friends all seemed to know who I was, and that my reticent date ended up being way more handsome than I remembered. I was equally surprised that he stuck by my side the whole party — I figured I would be one of many random people there — and that when I decided to leave, he hailed a cab and escorted me home. He had had a few drinks, but was still completely coherent.
We said goodnight in the lobby, and as I walked up to my apartment, the events of the night replayed themselves in my head.
He’s actually quite cute, I thought. Why didn’t I notice that before? I was also absurdly flattered that I seemed to be the only girl he had eyes for.
As the weeks passed, we began seeing each other every weekend. Minnesota guy impressed me more each time I saw him. When I got us hopelessly lost trying to find a bar I’d been to once and really liked, he made zero snide comments and gave me zero judgmental looks, despite spending probably $50 in cabs. Instead, he laughed and suggested we try a place nearby, and the whole time we were talking like old friends.
A little over a month later — when I realized I genuinely liked him — I had a minor panic attack over the fact that I still did not know his name. I knew I couldn’t continue the “hey dude” charade much longer; it was only a matter of time before my secret shame was revealed.

I called my mom and told her the whole situation, and she encouraged me not to give up.
“What if you bring one of your friends the next time you go out, and they ask his name?” she suggested.
“Too risky,” I grimaced. “And also, that’d just look bad at this point, since all his friends knew my name a month ago.”
Eventually my mom convinced me to stick it out. He seemed like a wonderful man, and you can’t throw something like that away for the sake of avoiding embarrassment, she said.
Thankfully, my big break came the next day.
We were going to a bar neither of us had been to and, as we were handing over our IDs, Minnesota guy made a comment about how he had just gotten his license renewed.
“Really!” I said, feigning extreme interest. “Let’s see your new picture!”
I snatched his license before he could put it away, and there it read: “Mark Emerson.”
Yessssssss! I could hardly repress my excitement.

I had tried everything to uncover his name. I spent more hours on Facebook than I have since high school, but try as I might, I could not find him. I asked my brother-in-law, who went to his high school, if he remembered anyone who matched the description: kind eyes, light brown hair, lives in NYC now and is a year younger than you?
I got a few options, but none showed a match on Facebook and I wasn’t comfortable throwing out, “Thanks, Kevin!” this late in the game to see if it was a match. If someone said, “Thanks, Rachel!” to me after a month, I would probably never speak to them again.
I had been uncertain about the subject for so long, I almost didn’t feel comfortable saying his real name, though I assumed it was right — it was on his license, after all.
“So, Mark…” I ventured. “Have you traveled at all?”
He responded without seeming puzzled. Score. Plus, I found out he’s also a big traveler. Score and a half, really.
It’s been over two years now since the events I’ve related, and I’m still more impressed with Mark every time I see him. When I told him about a year in that I originally didn’t know his name, he smiled and told me he kinda knew.
“Are you serious?” I asked. “What gave me away?”
“Well,” he responded. “You called me ‘dude’ a lot…”

16 Flaws Men Will Ignore On A Hot Girl's Dating Profile

Here's How Your MBA Is Affecting Your Love Life 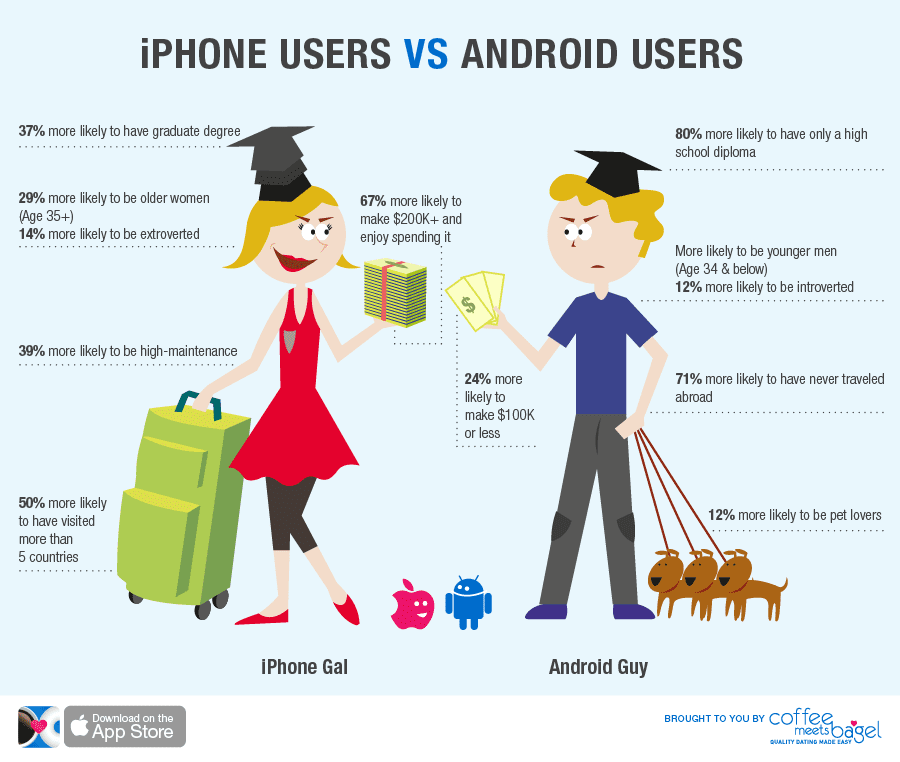 iPhone user dating an Android owner? Why your relationship is destined for disaster

Can You Want The One You Already Have? The Secret To Long Term Desire

13 Reasons I'm Convinced That Taylor Swift Is Stalking Me

5 Ways To Sustain Your Relationship
Scroll to top