You are here: Home / Date Stories / Is This How Adults End Relationships? 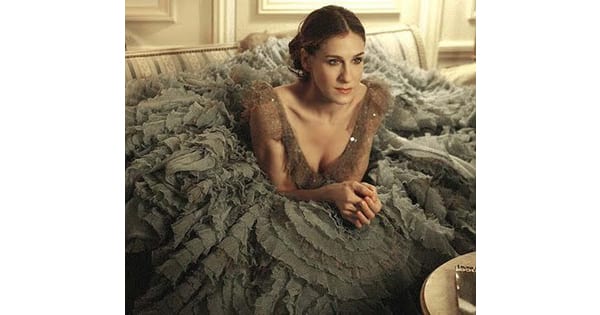 I have a knack for dressing for the occasion, whatever the occasion may be. But I couldn’t find “breakup dress” in my closet.
What does one wear to meet the person you’ve been dating when you know it’s the last date you’re going to have? And I use the word “date” here loosely—I knew I was going to pay for my own drinks and go home by myself this time.
Is this how adults end relationships? With a well-intentioned but ultimately ill-fated phone call that brings out the insecurities in one and the indecision of the other that puts the direction of the relationship on two completely different tracks that lead them to a dark bar four days later so they can talk face-to-face like the civilized but essentially misunderstood significant others that they are? Do adults plan their breakups?
My previous relationship ended via Skype and I never saw him again. This could be blamed on the fact that we were conducting our relationship from 600+ miles apart, but it’s not to be ignored that we were college sweethearts (gag me) and hardly knew how to function independently as adults, never mind as a couple.
Now I’m a “mature adult” and I was dating someone who chronologically speaking should have been years wiser, but let’s be real about male-female maturity levels and just say he’s equal. So we planned our breakup for the day after I returned to Manhattan from a vacation in Montauk during which I made the well-intentioned but ultimately ill-fated phone call and I rushed home from work that evening to attempt to find the perfect outfit to wear and I didn’t feel like a mature adult at all.
I expected it to be brutal. I wanted it to be brutal. I wanted to be so mad that I could use my anger as a shield from the sadness that would surely descend when we left the bar and each went separately to our own apartments instead of deciding whose bed I would hog that night because I may be small but I take up a lot of space—just not so much space that I don’t feel alone while sleeping alone.
I didn’t get mad. At least not mad enough. And not for the reason you might think—not because I don’t care. But because we split up for a reason, and even though the reason sucks, it’s logical, and as a mature adult I’m bound by logic and reason more strongly than the butterflies in my stomach trying to carry me down lover’s lane would like me to be.
So I went home sad and reflective instead of mad and self righteous. And because I’m not as emotionally devoid as I occasionally come across to be, such feelings might linger. But I’m thinking that a veil of melancholy is lighter than a shield of anger and will match my mature adult wardrobe much better.
And because I’m not the young and inconsolable ex-girlfriend I once was, I know this won’t be the last logical parting of ways I’ll experience. Which means I should probably invest in a breakup dress.

5 Ways To Sustain Your Relationship

How Do You Know If He Only Wants to Hookup?
Scroll to top