You are here: Home / Date Stories / A Friendzoned Girl's Response to the Isla Vista Massacre #YesAllW... 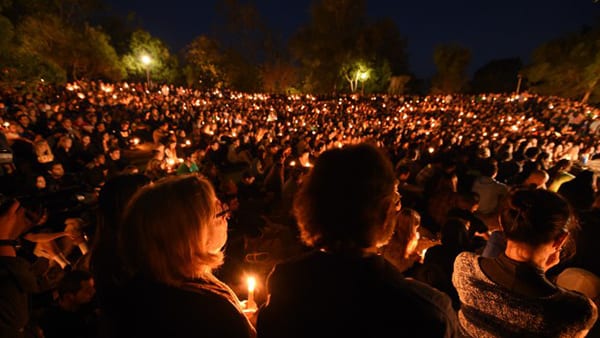 When I heard about the Isla Vista Massacre that occurred last week on Friday, May 23, I was saddened to hear about yet another horrible and senseless tragedy. However, my sadness quickly turned into anger when I realized that the murderer, Elliot Rodger, felt justified to kill because he felt rejected by blonde, beautiful women.
Really? He got rejected and that’s the women’s fault?
What I find appalling is that many men over the internet have sympathized with him, and even created hate groups against women, saying that if only women had given him the treatment he “deserved,” or gave him sexual favors, this massacre would not have happened. This implies that women are to blame for “friendzoning” men who deserve to be viewed romantically. Bear with me as I delve into my personal story. I’m making a shout-out to all the men and pick-up artists who complain about being rejected by women. Guess what? Women can be and do get rejected and friendzoned by men, too! Stop acting like this is a gender-specific problem, because it’s not.
As a single woman in my 20s, I, and many other women I know, have been rejected many, many times. Yes, we have even been friendzoned.
I was never the girl who multitudes of guys had a crush on in high school, but when I started college, I thought, “Oh, gee, I’m in college! This must mean I’m going to get a boyfriend!” Wrong. Oh-so-very-wrong. Sure, I made friends with guys, and I cherish my strong platonic friendships with them. But in the romantic playing field? They fell into one of these three categories:
A. Already had girlfriends
B. Schoolwork understandably takes more priority than silly little me.
C. They wanted sex. I don’t engage in hookup culture.
I had a crush on one friend for an entire year. I mustered the guts to ask him out. He told me, “We should stay friends.”

Of course I was disappointed. Of course I wondered what was wrong with me. But instead of blaming my friend (we maintained our friendship despite the rejection), I took this time to reflect on myself. How could I improve myself as a person? How could I be more approachable? I also started thinking about how else I could meet new people outside of my classroom, so I went to social events, tried online dating, and, heck, even flirted with a senior guy who graduated and sold my friend some furniture that he didn’t need anymore. I learned to talk to different types of guys I probably would have never approached previously, got to see different point of views, and learned what it meant to be compatible and have chemistry.
In short, my experience with keeping an open mind, learning from my experiences, and finding different types of guys to date have enriched my life. I learned from my faults and mistakes, dealt with rejection, and moved on. Yes, being rejected feels hurtful, but I don’t regret the experiences at all. In fact, being in the friendzone was one of the most humbling experiences for me, and I’m deeply thankful for it.
How does this all relate to the Isla Vista Massacre? Well, men and women aren’t so different from each other. We all get turned down at some point, and we just have to deal with it. If women created hate groups against men for the sole reason of being romantically rejected by them, we’d all be worse off and exacerbate this never-ending gender war.
This massacre can be a learning lesson for all of us, in that everyone experiences rejection. We can learn from it and become better people because of it, and not resort to wallowing in our misery. If only Elliot Rodger had the maturity and social graces to realize this, seven people would still be alive today.
How do you relate to this?
About Coffee Meets Bagel (CMB): CMB  is a free dating service that helps members make meaningful connections. It’s designed for busy singles who want to find something real with little or no effort.

CMB 2.0 Is Here! Thoughts from the team

13 Game of Thrones Reactions to Online Dating
Scroll to top