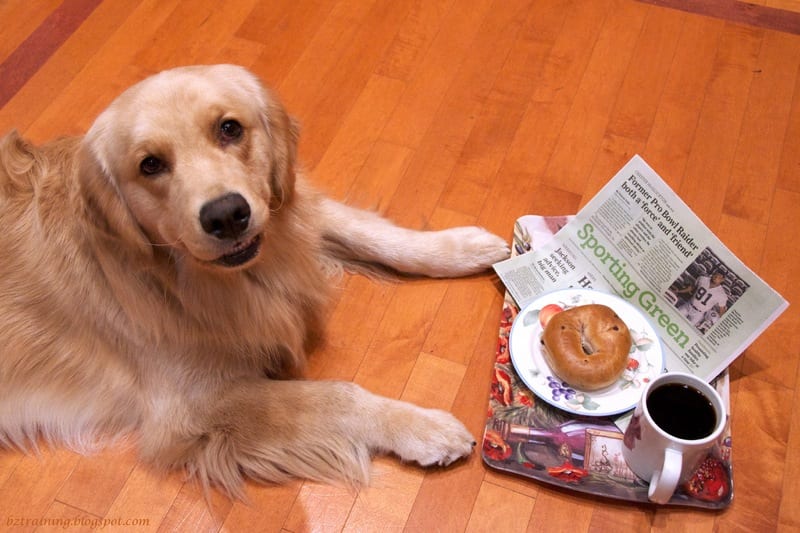 The most memorable thing I can remember about this bagel was her 85lb dog, which made her appear to be smaller than she already was.
We met at a little Asian Fusion place that a friend brought me to only a few weeks prior to this date. I was running late and driving like an a-hole hoping that she wasn’t early. I park and see a text saying that she is running late. Great… didn’t have to weave through traffic like a jerk. I could have taken my sweet time, for she was around 15 minutes late.
What I’ve learned: I expect girls to be late, even to a first date. I have yet to go out with a girl who has been early or even on time to a date. I don’t hold it against them, I just expect it.
She asked me if she could bring her dog and I agree as this place accommodates dogs in the outdoor seating area.
Her silly and innocent charm won me over. She explained that when she parked she actually walked past the restaurant and then had to turn around and re-walk back up the street. I love dogs and its been years since I’ve had one, and so to be in such close proximity with a girl who loves her dog really excited me. My head was already imagining playing with her dog in an open field and setting up a second date in a park for a picnic under a tree. I’m getting ahead of myself, here.
Our conversation went surprisingly well. There was enough small talk that led to other topics that are much closer to our hearts so that we know that the other person across the table from us is not sitting on YouTube or Netflix all day long. She was really vulnerable and shared with me some things that I know she only would normally share with her close friends. But she let me in on her insecurities. I felt special being trusted with that part of her heart so early on. ProTip: There’s a fine line between being vulnerable and over-sharing; be able to identify it.
I walked her and her dog back to her car and we parted ways. I gave her a big hug because I don’t believe in any kissing on the first date. There’s no need to rush physical intimacy at any level.
We had a day for our second date lined up and then she cancelled. She had received a lot of bad news on that particular day and said she would not be good company and I felt for her.
Then something changed. She really busied herself up with studying for the MCATs like nobody’s business. My text messages received much slower response times. Our second date ended up being a “study date” just because I wanted to spend time with her. Little did I know, that she would be listening to an online video lecture through her headphones. We might as well have had our second date in a library. Our conversation did not flow at all. It was clear to me that her mind and heart were not in the same place as when we first met.
I even wrote a blog post about the ambiance of the location of this particular coffee shop. I honestly just sat there with her and wrote as she listened to this video lecture and I kept filling her dog’s water bowl as we sat under the shaded umbrellas.
Here’s what I didn’t do: I didn’t press the issue. I didn’t press her to ask her about how she was feeling. She was clearly shut-off and was perhaps hoping that I would tear the wall down brick by brick or bust it down with a sledgehammer. Maybe there was a “magic phrase” I didn’t use, such as, “What’s wrong?”
Looking back, I can’t help but feel like I failed her in that moment.
I messed up.
Can’t change it now.
Hindsight is 20/20.
And the one thing I will remember most about her, is she’s the tiny girl with the big dog.

Do You Talk Dating With Friends?