You are here: Home / Date Stories / Dating in LA

~ The Bagel With The Dragon Tattoo ~
A few months ago, I met a bagel who, if I had a ‘checklist’, would have met 90% of the requirements:

In order for me to do this post justice, I should also explain that he looked like someone I could bring home to Mom. He was what you would describe as a “nice looking Asian boy”. Every Asian mother’s dream!
A few dates in, we were hanging out at my place and we were just discussing how neither one of us is really traditionally “Asian”. I barely speak Chinese, he doesn’t at all, and we both don’t really identify with the culture as much as some of our other friends do. Then, as things were getting a little bit heavy, his shirt came off and low and behold, there lied a very Asian tattoo right on his chest, staring me in the face. And boy, was that tattoo big.
Now, I love a good tattoo just as much as the next girl. However, something about this tattoo really jumped out at me and made me stop dead in my tracks and hold back laughter. Maybe it was how big it was. Maybe it was what it actually was (it wasn’t a dragon, by the way). Maybe it was just the juxtaposition of his personality and the tattoo. I know, that’s kind of mean, but it’s just really funny when you imagine a nice Asian boy who just told you how un-Asian he is, then BAM, it’s like I’m hanging out with a Triad member.
This could probably be seen as a ‘bad boy’ element that gives him a bit of edge, which I’m sure his future girlfriend would love. I, on the other hand, could not stop the many questions that raced into my mind (When did you get it? Why is it so big? Do your parents know? What are you going to do when you’re 70? What does it mean? Are you actually part of a Triad? If so, can you induct me? Would I have to get a tattoo as well?) and unfortunately my habit of word-vomit came over and I actually did ask him 20 questions about the tattoo.
Sadly, I decided that the fact that I could never take him seriously with his shirt off was probably a good reason for me to not go down this path toward the Forbidden City. Sorry, Bagel With The Dragon Tattoo, I am positive you will find a great girl because you’re a great guy. I’m just the asshole who can’t get past that tat.

If you enjoyed this post, perhaps you’ll want to read When You’re on a Date…Squirrel
About Coffee Meets Bagel (CMB): CMB  is a free dating service that helps members make meaningful connections. It’s designed for busy singles who want to find something real with little or no effort.

Bagel #2 came as an unfortunate ‘like’ because I felt bad for judging others based off 3 pictures and 50 words. Should have gone with my intuition.
This fatass (me) was only swayed to meet up with Bagel because he suggested one of my favorite restaurants in Downtown LA. I figured at the worst, I would leave full and satisfied from a good meal. The best thing all night was by far the food.
So as to not recant this tale in paragraph form, I will share some highlights that pretty much summed up my night:

When I returned home, convinced I never wanted to talk to him again, I received this friendly text message:

“[My name]. I’m skipping any 3 day rule to be frank. I like you. I’d like to watch Frozen in 3d with you sometime; if you’re interested. Let’s discuss later.” I have to note that Frozen was the one movie we were able to agree was phenomenal.

Thanks, Pretentious Bagel, for validating me. Because you deem me worthy of seeing again, I can now rest easy and feel better about myself. Good riddance.

Want to know about my other date? Perhaps you’ll want to find out about The Stripper Bagel.
About Coffee Meets Bagel (CMB): CMB  is a free dating service that helps members make meaningful connections. It’s designed for busy singles who want to find something real with little or no effort. 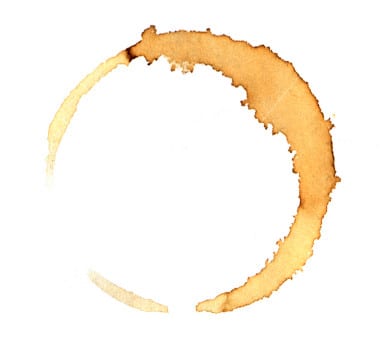 Hey, CMB Community!
I wanted to take this first post and quickly introduce myself and how I wound up writing for this blog. I’m a 24-year-old single girl living in Los Angeles, and have sadly and quite humorously collected my fair share of dating horror stories over the last few years. After a few failed non-relationships that can only be described as ‘typically millennial’, I decided to suck it up and join Coffee Meets Bagel, because what’s the worst that can happen?
After going on my first few bagel dates, I wound up telling my friends about these ridiculous encounters, only to be met with laughter and incredulous looks. At some point, you have to laugh to stop yourself from crying, right? Shortly following my fifth time telling the same story, I decided to chronicle my bagel misadventures in a blog so that everyone can live vicariously through me as I continue to swim in the sea of many fish, looking for my Moby Dick (all puns intended).
Four months later, here I am, with more than a baker’s dozen of stale bagels and many cups of spilled coffee. So, please join me and keep checking back in to see if I make it through the carbs and find myself a Tide stick.

Want to find out how my dates go? Let’s start off with The Stripper Bagel.
About Coffee Meets Bagel (CMB): CMB  is a free dating service that helps members make meaningful connections. It’s designed for busy singles who want to find something real with little or no effort.