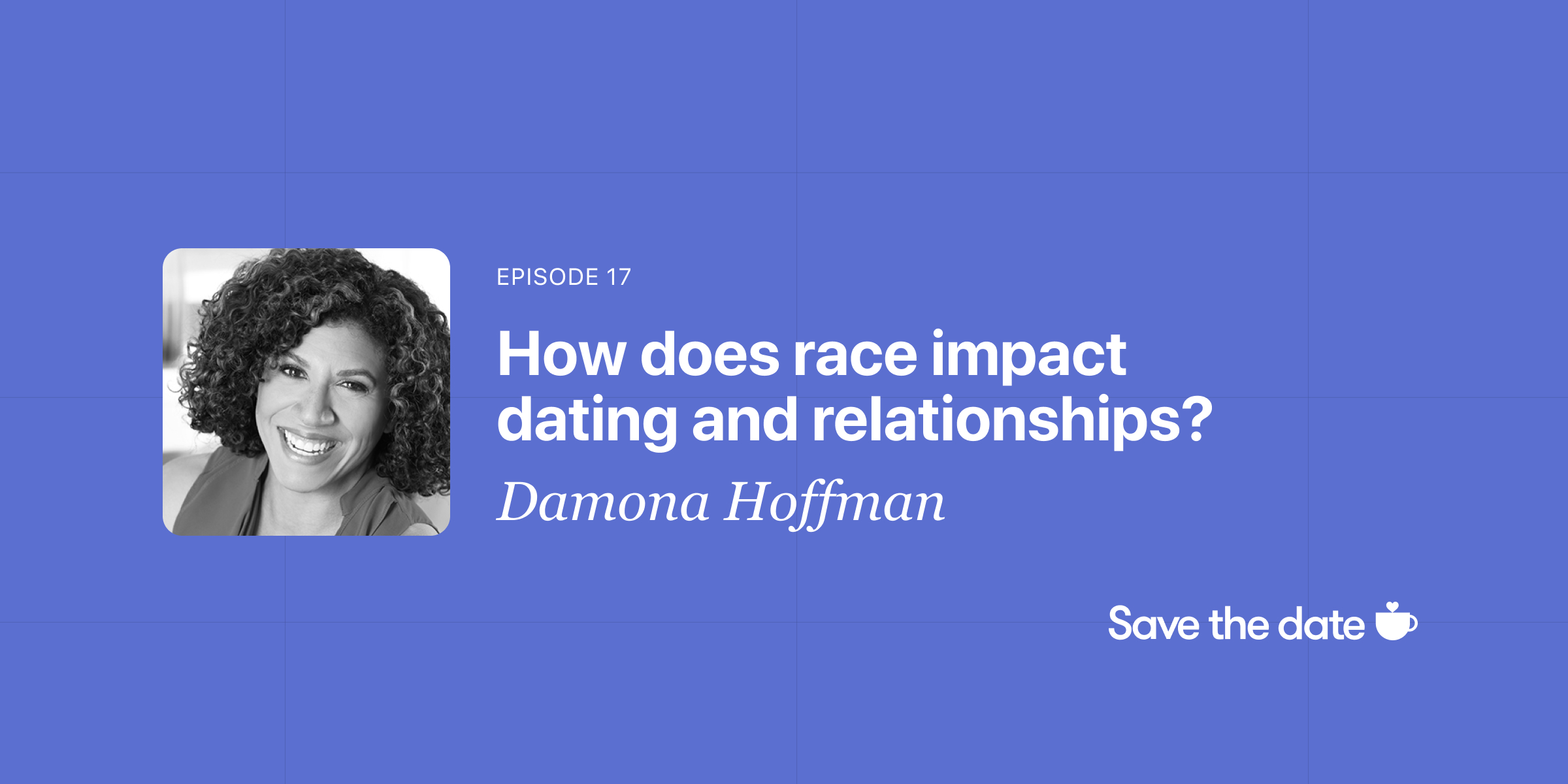 Today, we’re joined by dating coach Damona Hoffman to talk about race and dating. Having grown up in a family of interracial marriage with a white, Jewish father and African American mother who also have different religious backgrounds, this is a topic that has influenced and shaped her. On top of being a renowned dating coach who regularly shares her dating expertise on media outlets like the LA Times, the Washington Post, and “The Drew Barrymore Show,” she also has an amazing podcast that just celebrated its 350th episode.

This is “Save the Date,” a dating survival kit from Coffee Meets Bagel. In each episode, our Chief Dating Officer Dawoon Kang will sit down with a guest expert to tackle some of your most burning dating questions and explore what it takes to ultimately reach your goals: going on great dates that lead to a lasting, serious relationship.

What shaped Damona’s view as a dating coach [2:40]

Getting over the differences of dating somebody of a different background [5:09]

Vocalizing your worries early in the relationship [12:30]

Fun things that happen when dating somebody of different background [21:46]

Things to be aware of when making personal dating choices [35:05]

The best dating advice that Damona has received [40:41]