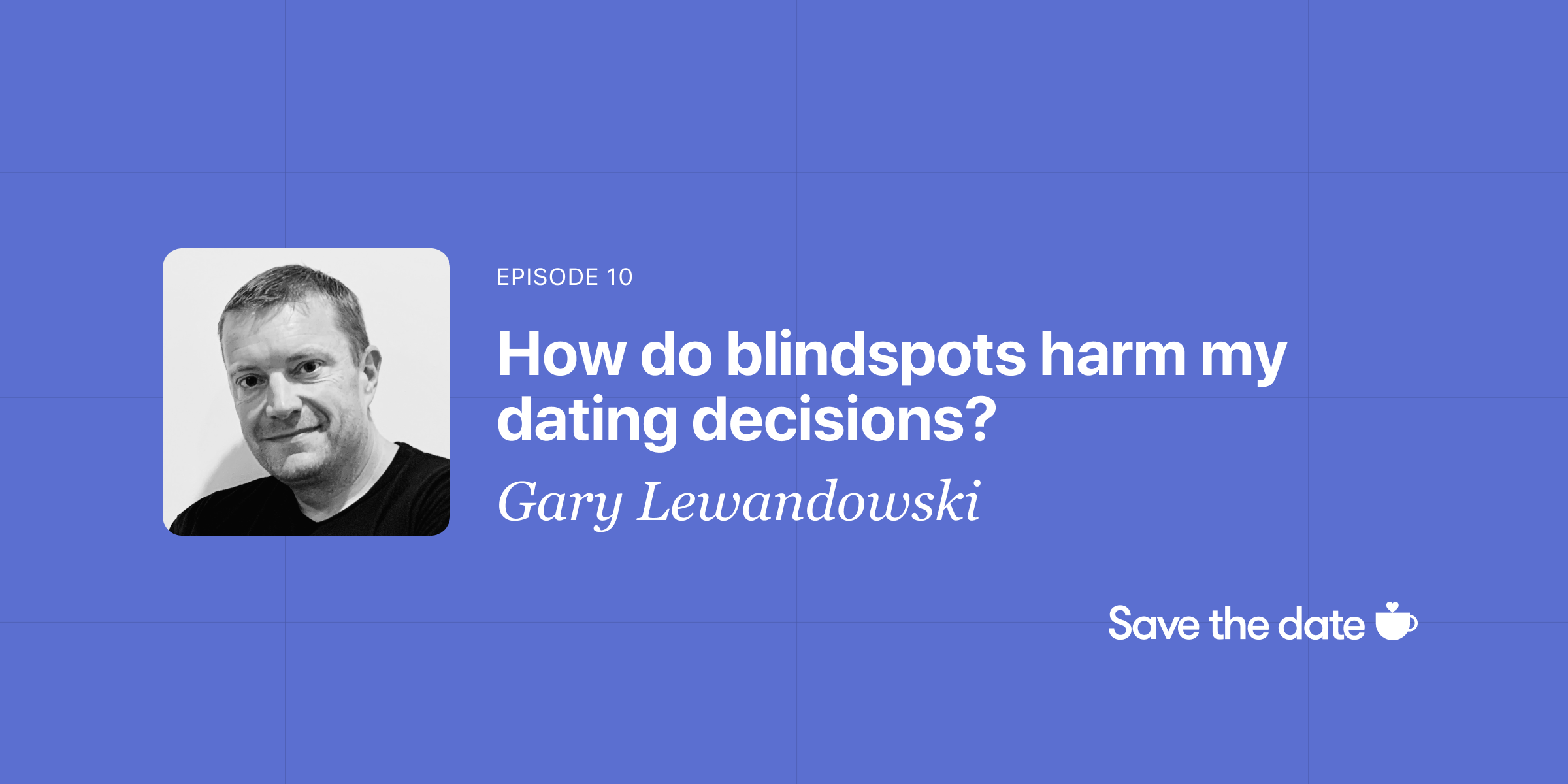 One of the first things I realized when I started studying the science of dating and relationships is that a lot of the rules I’d picked up along the way are complete BS. For example, guys love the chase so I need to play games. Or if we don’t have chemistry right away, it’s never going to happen.

And I got so mad when I found out the actual truth because I had spent so much time and energy trying to abide by these dating rules that really led me astray. So I’m really excited to have today’s guest, Dr. Gary Lewandowski, here to talk about his brand new book “Stronger Than You Think.”

In his book, he goes through the top 10 most common dating myths — or blind spots, as he calls them – that could undermine relationships. We’ll talk about how to see past your blind spots, so you don’t have to learn the hard way like I did.

Gary’s work has been featured by numerous publications, including Time, The New York Times, CNN, and NPR — and his TED Talk “How to Get Over A Breakup” has been viewed nearly 2 million times!

This is “Save the Date,” a dating survival kit from Coffee Meets Bagel. Each episode, our Chief Dating Officer Dawoon Kang will sit down with a guest expert to tackle some of your most burning dating questions and explore what it takes to ultimately reach your goals: going on great dates that lead to a lasting, serious relationship.

What are the most common blindspots [1:36]

Men and women are just different: true or false [4:56]

Why is it harmful to have gender stereotypes [12:18]

What role does physical attraction play in dating [21:59]

Coping strategies when going through a breakup [31:46]

“Does your partner pass the best friend test? If they do, you’re in really good shape. If they don’t, you have something very clear to work on.”

“We have this idea sometimes where there’s chemistry, or there’s not. We look at it as an either-or thing. But, it’s not how you start. It’s more about how you finish.”

“When people think that their breakup is going to leave them broken, they put it off, it keeps us in relationships longer than we should, particularly ones that aren’t very fulfilling.”

“There are so many things that we’re afraid to talk about. But the success of relationships relies on open communication. It sets a foundation for open and honest communication going forward.”

“We put way too much emphasis on attraction. And really, it’s a dying industry. You’re putting a lot of faith in something that’s not likely sustainable.”

“Rather than more sex being this great sign, in many ways, it’s a warning sign. It becomes less about the amount of the sex you’re having and more the quality, not quantity that matters.”

“We can focus too much on all the good things that we’re feeling, putting too much emphasis on looks, and passionate love and sex, which encourages us to overlook the small things.”

“Better data leads to better decisions. The best possible thing you can do is to become more informed about all of the relationship processes.”

“You’re getting less and less attractive over time. So, if you’re really banking on that aspect of your partner, you’re putting a lot of faith in something that’s not likely sustainable.”

Save the Date #11 – How do I stop sabotaging my relationships? | Lori Got...
Scroll to top