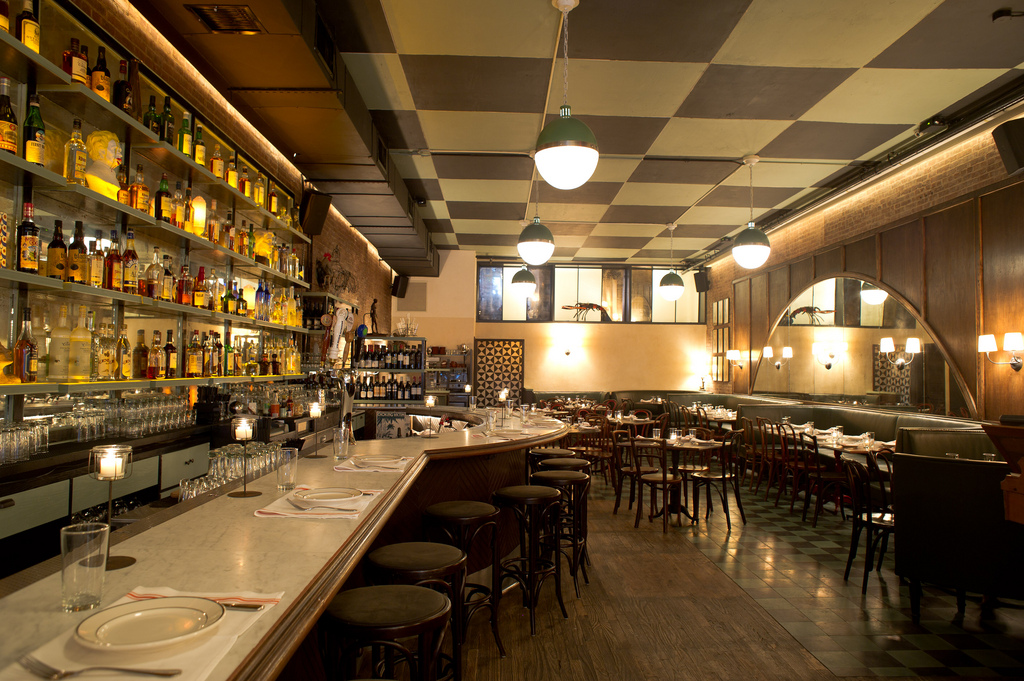 Noho’s old time favorite Acme, revamped itself and now it’s a trendy hot spot with the same deliciousness it offered in the past..

“For about 25 years, this downtown space housed Acme Bar & Grill, a raffish Southern joint that hosted rock shows in the basement. It closed in 2011 and reopened in early 2012, gutted and beautified by the ultracool team behind Indochine. A fashion and art-world crowd inhabits the sexy, low-lit, black leather–appointed dining room. The inventive opening menu was conceived by Mads Refslund, an ambassador of New Nordic cuisine and a co-founder of Noma in Copenhagen, voted the best restaurant in the world. Categories on it include “Raw,” “Cooked,” “Soil” and “Sea/Land,” and items change with the seasons. Expect the unexpected in dishes such as sweet shrimp and bison or pearl barley with clams, scallops and artichoke, juxtaposing sweet/salty and bitter/sour elements.” -nycgo.com