You are here: Home / Date Tips / Online Dating is Hard Work if You're Doing It Right 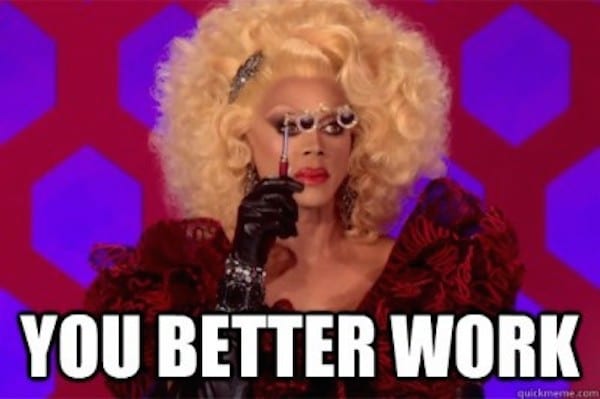 The self proclaimed “Love Architect,” Kailen Rosenberg, is coming to San Francisco to meet with a number of single women to try and find a soul mate for a mystery client, a 50 year old millionaire who she describes as “a very deep spiritual soul.” SF Weekly recently did a Q&A with her which primarily focuses on her methods of matchmaking and what she is looking for in potential matches for this mystery client – but that’s not what I’m interested in talking to you about.

The very last question they asked her was: What’s your take on online matchmaking services and apps like Tinder and OkCupid?

And I LOVED her response:

Here’s the deal: the systems aren’t broken, the people are broken. If you’re wholeheartedly looking for love but you’re connecting with people who are there to basically mislead you, that’s heartbreaking and a waste of time. But that happens because people are disconnected from themselves and their egos are too in control and they’re stuck and afraid, and then you’ve got a mismatch of people trying to find each other. So again I think online is brilliant, an incredible way to meet each other if people showed up authentically and healthy and ready for a relationship.

One more time, because I like it so much: online dating is a fantastic way to meet people IF people show up authentically and healthy and ready for a relationship.

That’s a big IF there, guys.

It takes a lot of hard work to be able to show up authentically in terms of online dating, in my opinion. I wasn’t able to show up authentically until MONTHS after I started doing it because I hadn’t put the time or work into myself and into figuring out what I really wanted from the experience. I was just kind of floating around from profile to profile, date to date (or, ahem, bagel to bagel ) hoping that when something was right, I would magically realize it and then just go for it and everything would fall into place. (Spoiler alert: That’s just not how this happens. You’re not living in a rom-com. No one is.)

A few more weeks of that and things just. got. bleak. I mean, going on tons of unsuccessful first dates is pretty much the worst.

But rather than blame the process or the medium or the dates themselves (even though some TOTALLY deserved it) I decided to have a serious conversation with myself about what I wanted out of online dating. What did I want right this moment? What is my end goal? What I am cool with in between now and then? By this time, I had gone on what felt like hundreds of dates – so I had a lot of experiences to draw from. Perhaps too many, actually, because I was still finding it difficult to nail down what I was looking for.

It took a good friend sitting me down and asking me point blank: what does your next relationship look like? What does this guy do? What  does he look like? How does he treat you? And so on and so forth. As she was asking me these questions, I was realizing that I had never thought of the answers in any detail before.( “I want a hot guy who is smart and successful and compassionate” just isn’t enough here. Everyone wants that.) It was one of the few times in my life I was caught with nothing to say. But, as I mentioned, she was a great friend so she forced me to think about the answers to these questions and then articulate them to her.

ANYWAY: we all know that people don’t necessarily like to do hard work – especially on themselves. This is why everyone is having such a hard time online. It is so easy to scroll through profiles and swipe through pictures that many people also assume it should be easy to then find someone online, meet up IRL, and click.

But it just isn’t.

It’s actually just as difficult, if not more difficult, than trying to meet someone the old fashioned way. Sure, sites and apps like Coffee Meets Bagel does make it easier to meet someone you might never run into IRL, but at a base level, the effort you need to put into the process is still the same – if not more.

The good news is: the hard work pays off! My process ended up totally working for me. I’ve been dating someone for almost three months that I met online and I am convinced we are working out because when I met him, I knew exactly what I was looking for, could articulate it to him in a way that empowered me, and was in a happy, healthy place in my own life.

Prior to meeting him, when my end goal was more along the lines of finding someone to go home with, rather than finding someone to come home to, doing the work on myself was also extremely helpful as I was able to articulate what I wanted and my expectations of any given situation with a potential new match from the very beginning. People didn’t play games with me to engage in this weird, nonchalant “hook-up” culture bullshit. Why did I get to skip the games? Because I simply did not let them happen and when I thought I was dealing with someone who was playing them, I was able to let go of the situation quickly because it was something I knew I was absolutely not interested in.

So there you have it, daters. Listen to RuPaul: you want success in online dating? YOU BETTER WORK.

While You Wait for Mr. Right

How Apartment Hunting is Just Like Online Dating
Scroll to top