You are here: Home / Date Tips / For Him / Dick Pics: How I Get Women To Ask Me For Them 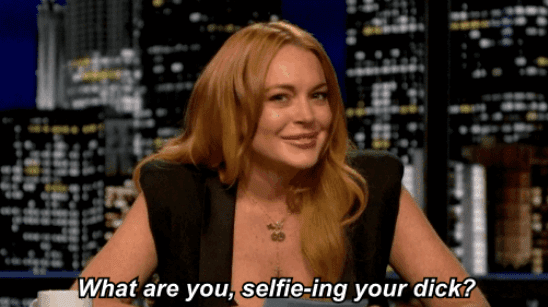 This post is from an anonymous guest writer who is a serial dick pic sender.

I’m a guy who sends dick pics. Now, you’ve probably already labeled me as a skeezeball in your head, but I want you to reconsider because of this fact:

I’ve probably sent them to a dozen women, and I’ve never gotten a complaint. In fact, I usually get a nude in return.
See, dick pics are more misunderstood than a half-man living in King’s Landing. There is a wide spectrum of phallic photography, and believe it or not they can actually be classy, appreciated, and cause a woman to be aroused.
That’s because dick pics are as eclectic as sushi.
There’s gasoline store sushi and there’s Omakase-style sushi. (Hint: Definitely take women on dates involving the latter.)
You wouldn’t call sushi a “filthy” food just because most sushi is sold at the grocery or gasoline store, would you? Well, dick pics are similar, and they only get a bad rap because of the grocery-store kind.

The Anatomy of An Unappreciated Pic

Let’s start with the unappreciated type of dick pic and why guys send them. To illustrate this, we’ll use a guy named Dick. (Fitting, no?)
You see, Dick is a bro. That means that he drinks lots of beer, was in a frat, has a high genetic predisposition to pop his collar and – more relevantly – isn’t very understanding of the female mind.
For example, Dick doesn’t realize that by cat calling a woman on the street, he has a snowball’s chance in hell of hooking up with her. He also doesn’t understand that within a professional setting, complimenting a woman’s her looks, rather than her merit, is incredibly demeaning.
Dick is not necessarily a bad guy; he just thinks that women and men think similarly, because Dick has little empathy or emotional intelligence when it comes to women.
How does this relate to dick pics?
Dick doesn’t understand the difference between the way that men and women think differently about sexual organs.
See, Dick loves breasts, and with good reason. Breasts are soft, round, smooth, and it’s quite difficult to get a stranger to send you pictures of them. Like most men, getting pictures of a stranger’s breasts would make Dick’s month.
It only makes sense to someone like Dick that women view penises the same way that men view breasts. He thinks that pictures of penises will leave women frothing at the gash, but he couldn’t be more wrong.
In contrast to breasts, the penis is absolutely disgusting looking. Really. It’s veinous, long, and looks like a sausage and bodybuilder got married and had a baby. A really fat, bald, ugly, baby.
And, unlike with women, the number of men that are willing to “drop trou” to snap a cock selfie on the Internet are about as abundant as cat memes.
The end result? Dick thinks that his penis is seductive, like a worm being cast into a sea of fish. In reality, he’s not even going to get a nibble.

The Anatomy of an Appreciated Dick Pic

Now that we understand the mentality behind sending an unappreciated picture of your wang, let’s talk about the other end of the spectrum – the appreciated dick pic.

Here’s the secret.
It’s not the picture of a hard dick that turns women on. It’s the thought of a hard dick that turns women on.
In particular, it’s the thought that the woman was involved in that penis’s arousal that turns them on. Usually, that only happens if there is some sort of pre-existing sexual relationship (i.e. not a complete stranger) between wang’s owner and the woman.
This makes sense. Men can be aroused by purely physical intimacy, and women sometimes require a certain non-physical finesse, such as making sure that they’re comfortable, or that they’ve known the man long enough. (Sometimes this may be for safety concerns.)
If you have a close relationship with a woman, the dick-pic-arousal factors may be even more meta: a woman may get turned on that you’re turned on by sending it. Or that you trust her enough to send her a dick pic.

Trading nudes, even dick pics, can be a respectable, classy behavior; every couple is free to express their sexuality through technology.
Many women actually love dick pics, but you need to make sure these women are respected in the process and understand that they are the key to your arousal. (Protip: You  [always]* want to ask her before you send it.)
So guys, please, serve a woman Omakase sushi, not gasoline sushi.
You might just get dessert in return.
*Editor’s discretion
Fill out my online form.